I'm dying for a Caramilk bar.  It's one of the many edibles I miss living on this rock.  Oh, there are some Cadbury bars down here, but not my favourite Caramilk bar.  Sob.  "How do they get the caramel in a Caramilk Bar?"  was one of Cadbury's most successful ad campaigns.  I think they even had a contest about it.  And then there is the Crunchie bar, also produced by Cadbury. A chocolate covered sponge toffee piece of heaven that would stick to your teeth for some glorious molar licking sweet aftertaste.  Great hang time on the toffee, for sure.

"Don't eat so much candy...it'll rot your teeth."   So the saying goes.  So does methamphetamine.  Meth addicts like candy.  I guess they are doubly cursed.

But some of my favourites in the candy family were penny and Halloween candies.  Pixi Stix, Twizzlers, Shoelaces, and "Rockets".  There were also individually wrapped little hard candies, caramel cubes, tiny Tootsie Rolls, your basic suckers and the like.  The "gummies" came much later, but I enjoy those too.

Ice cream, snow cones and Popsicles are other things I consider candy.  One of my summer favourites was the "Lola":  a large triangular-shaped ice treat that I believe was introduced about the time the song of the same name was released by The Kinks.   It would take almost 2 hours to finish one of these ices and, if you were successful in sucking out all of the flavour (thereby leaving only the ice behind), you could crush the ice in its packet and cool your body off on a hot summer's day. A truly multitasking treat in my opinion.  Alas, Lolas are now relegated to smaller wedges:   it's just not quite the same.

So, if you are now craving "candy" and you really, really, REALLY don't want to screw up your diet or whatever, eat a banana, suck on a lemon or consider that your teeth may eventually look like this: 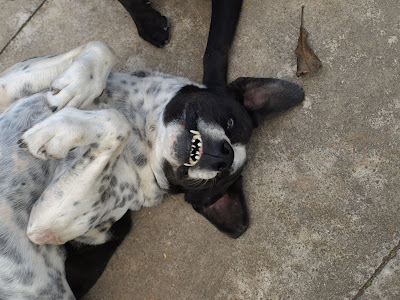 (My "Elvis".  I think he smoked coconuts, not meth)