dufus is a lot of fun,
He's rarely without a pun,
So let me just say,
A big HAPPY BIRTHDAY,
To a banana who is second to none. 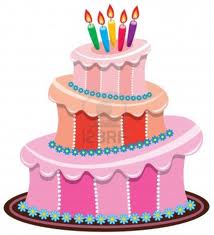 Have a great day, John!

It's a very unique form of transportation, especially these days where gas prices are skyrocketing, and taking out the motor cruiser for a day trip will guilt you into having to catch dinner.

With sailboats, no gas is required.  Fishing is optional.

During my teens I would go sailing in Toronto Harbour with a bunch of people on a friend's boat.  In fact, my friend recruited us as his crew for some of the Monday races held by the yacht club to which he belonged.  We won a few and lost a few races but held our own as the youngest - and most winningnest - crew of the time amongst the snobbery of the older yacht club members.

I learned quite a bit about sailing in those days.  For those of you not so educated in sailing jargon, "coming about" means a leasurley turn with the wind.  "Tacking" means, "duck quickly and hold onto something before you're thrown out of the boat" while turning against or into the wind.  "Doh!" is not a deer, a female dear, but the name of the person, or the exclamation of the person that ends up with a skull fracture for not ducking when tacking.  The term, "boom" is the part of the sailboat and/or the sound heard just immediately after tacking and just before one hears, "Doh!"

If you hear, "boom-boom", well that's just Ms. Catlady Larew returning from her sabbatical, donned in her high school cheerleader outfit. (Besides losing an internal organ, Boom Boom lost a bit of weight!)

A few years later, a friend of my parents (who I kind of adopted as my "Big Bother" as it were) bought a sailboat.  It wasn't as big as my friend's boat but it was fair sized.  It was rigged for a single sailor, but he didin't know that much about sailing.  He did, in fact, buy a book about sailing - I'll give him kudos for that one - and studied it for awhile before getting under way.  Knowing that I had sailed before and having a couple of cruises under his belt, he invited me along one day.

It was a bit windy.

No worries, he said, as we motored out into the lake.

Hoisted the sails, we did.

Come about, we did.

We were set to cruise a bit of the way into the horizon and 'follow all of the other boats' into the direction to which they headed when, all of a sudden, we hear a gunshot!

Then a blowhorn with a voice, we heard.  Much like Charlie Brown's classroom, it was.  Couldn't understand a word, we did.

Me and my friend (I'll call him "Jim") were staring at each other perplexed as to the meaning of the words coming out of the blowhorn which, by the mere shrillness with which they were delivered, we were supposed to have automatically understood.

Following the traversing sails along the horizon - and the tell tale signs of 'racing' buoys  -  I suddenly had an epiphany.

We're crashing a regatta, I informed him.


Why are they shooting at us? said Jim.

They aren't.  Someone just crossed the finish line - I hope.


Why are they yelling at us?


Because we're about to transect the race course.


You're at the helm!

(At this point I'm thinking that Jim wanted to look up the protocol as to how to crash a regatta:  did it involve a boat or a bottle of champagne?)

As I was heading into the cabin, I suggested that he turn the boat on another course, preferably away from the other boats.

Remember when I said that there were two ways to turn a boat?

Rather than coming about, Jim tacked (he zagged instead of zigged).  It was sudden.  It was fierce.  He neglected to loose the mainsheet (the rope which allows the boom to swing freely) which would have, for all intents and purposes, stopped us dead in the water.

Most pleasure craft boats have 'portholes' or windows alongside their hulls and usually found near the gunnels of the boat (the "gunnels" being the topmost part of the hull).  Think of a canoe.  Got it?

As I was being slammed against the side of the hull inside of the cabin, I realized there was no "book".  I think Jim was playing me for a fool.  I turned my head toward the portholes to see what was happening outside and noticed that the boat had heeled to a 45 degree angle.  Jim had, effectively, "buried the windows".

I think I saw a school of perch swim by.

Hey, Jim!  Got any fishing rods?

This is part of the "30 Days of Verbosity Writing Challenge", hosted by Nicky and Mike at We Work For Cheese, and yes I know I'm a day late with today's - or yesterday's - theme, but there are no rules!  Yay! Please click on the WWFC link for more entries and - hey - enter yourself!  It's fun!

Years ago I said that I hated cheese.  I can now eat those words – and eat better cheese, too.  For, you see, the only cheese that I was familiar with when I was very young was those nasty processed cheese slices.

Oh, I so hated that cheese.  Not only did it taste awful, it would stick to the roof of my mouth and for hours thereafter lingered the essence of vomital aftertaste.

Then – and just as I was so hoping for a “new and improved” version of cheese as I then knew it – the PTB’s of this processed milk product managed to develop it into a spreadable form that came packaged in a jar.   I don't know why people wasted their time using knives to spread it when most people I knew just shoved their stick of celery right into the jar to scoop it out.  However, the aftertaste didn’t change.

Wait, it gets worse.

To make this pliable food putty more eye pleasing for hors d'oeuvres, the PTB’s stuffed it into a can of compressed air with a nozzle so that it could be dispensed into fancy dollops of yellowish-orange goo.  Later, it was also crammed into another can that squirted out thin cords of cheese that one could shape into flowers, stars, happy faces, miniature representations of dog turds, etc.  Although the method of delivery of this dairy-like diarrhea had been refined, the flavour had not.

And if that wasn’t bad enough, this processed food product was subsequently being mass produced into long, rectangular bricks of something that can - sadly - legally include the word “cheese” in its ingredients, tasting like the 'fabric' after which it appeared to be named, while still being capable of blocking the most highly fibre fed intestinal tract on the planet.

Yeah, I hated cheese.  And if that is all one knew about cheese when growing up, who wouldn't?

On a similar "processed food product" note, I understand that margarine is actually just one molecule away from becoming a plastic, so you may want to rethink that grilled processed cheese sandwich using a butter substitute.

Of course I've grown up and have learned that real cheese does exist and in many flavours and textures, but it will still be some time before I can even think to swallow a piece of blue cheese.

* * * * * * * * * * * * * * * * * *
Yes, it's another 30 days of insanity:  a blogging meme that involves posting something on your blog every day for 30 days which, in this case, involves a lot of words based on themes that might drive one totally bonkers.  This round is dubbed, "30 Days of Writing" and is hosted by Nicky at We Work For Cheese, who (apparently) didn't get enough self-flagellation during the "30 Days of Photographs" challenge that was recently held in April, and who has an intense desire to make fun of the participants in their comment sections.


Today is Day 1.  The topic/theme is "cheese" and the following masochists participants have contributed their own thoughts/takes of this bovine byproduct:

Labels: 30 days of writing, cheese, crap in a can

A long month's journey to hell - and back??  It was supposed to be over but, noooooo, the PTB's of this 30 Days of Photographs II challenge (Ziva & BonyMike (a.k.a. MikeWJ) decided that 30 days wasn't enough torture sharing and have requested the participants publish some of their unused or rejected photos of this challenge.

In no particular order, here are some of mine: 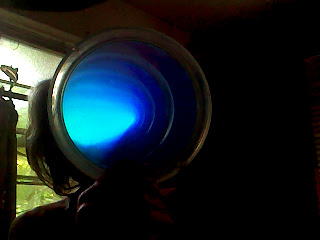 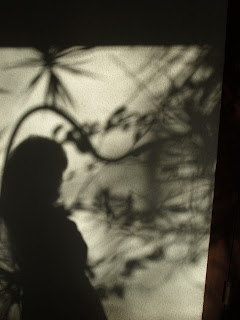 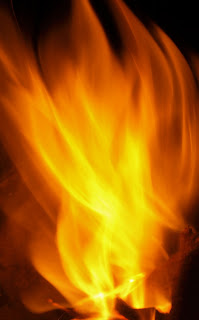 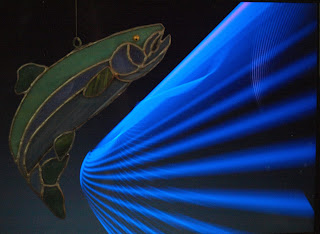 While it wasn't mandatory that the outtakes be published today (or at all), some participants might post them in the near future, so please give them a boo:


This is THE LAST DAY of 30 Days of Photographs II.  Please join the rest of us in celebrating the end of this gruelling challenge that tested our wit, imagination, photographic skills and - last, but not least - sanity:


Due to intestinal difficulties, I was unable to respond to all comments on yesterday's theme.
I'm feeling a bit better and will post replies all comments when I can.
Thank you for your understanding.
- 00dozo


This is part of the 30 Days of Photographs II challenge, spawned by Ziva & BonyMike (a.k.a. MikeWJ). Please visit the others that are contributing to this lunacy: