The Bloggerhood of the Traveling Book Tour 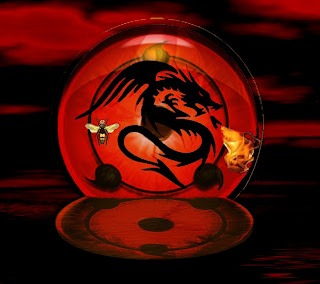 The tale of the Bloggerhood of The Traveling Book (in case none of you are familiar with it), more or less goes as follows:

Unfinished Person (aka Unfinished Rambler or, “UP/UR” for short - he really needs to pick one name or stay on his meds, or something), sent the “Book” to Quirkyloon who forwarded it to Boom Boom Larew (aka Cat Lady Larew – again with the names?) who posted it to nonamedufus and then, finally (via conch-mail) it reach me.

And so the torch has been passed.

The “Book” to which I refer is The Girl Who Played With Fire by Stieg Larsson. It’s the second book of the Millennium Series – a trilogy about the trials and tribulations of Lisbeth Salander and Mikael Blomkvist (aka “Kalle f*cking Blomkvist” - really? What’s up with the names already?? Oy!)

So, at the suggestion our resident schizophrenic (that would be UP/UR’s suggestion), we came up with the brilliant idea for each of us to write our own review of the book in question. Hence, the Bloggerhood of the Traveling Book Tour was born. In succession, the reviews are as follows:


Unfinished Person - Monday
Quirkyloon - Tuesday
Boom Boom Larew - Wednesday
nonamedufus - Thursday
00dozo - Friday (you are here)
Egad! It is now my turn to hand in my review. I wasn’t sure what to write. Having read the previous reviews of my predecessors (who have each done a fantastic job), I felt a bit daunted by this task. So, here it is:

The Girl Who Played With Fire
by Stieg Larsson
What can I say about Lisbeth Salander that hasn’t already been said. She is a definitely unique heroine but not so much of a heroine in the true sense of the word. She does not seek out those in need of help but, as a victim of great injustices herself, Lisbeth’s own twisted set of morals dictates who, why and how someone must suffer her unique methods of punishment, whether or not she likes or even knows the victim. This is a woman into whose cornflakes you do not piss.
Ah, Blomkvist – again, what can I say? He’s not a womanizer, but a charmer of women. His character offsets the theme of abuse and degradation of women by the other male characters in this story. He is humble and honest but a very determined journalist – a man into whose coffee you do not put milk if it is supposed to be espresso. Although, from his description (and despite his carnal tendencies), I wouldn’t kick him out the bed for eating kex*.
The book itself is full of it: intrigue, corruption, violence, many surprises, characters you love to hate, characters you hate to love, a lot of coffee and sandwiches, among other things. It even has some ‘naughty bits’.
Since no one has mentioned it, this book (as well as all three in the Millennium Series) has been translated from the Swedish by Reg Keeland and I think he is worthy of a special shout-out. (“Hey Reg! How’s it hangin’?) They are wonderfully translated and very easy to read.
The trilogy consists of:
The Girl With the Dragon Tattoo
The Girl Who Played With Fire

The Girl Who Kicked The Hornest’s Nest
If you haven’t already, please visit the other reviews for their take on the book and a bit of additional information of the Millennium Series.
I hope that Reffie, the latest recipient of this book, will proffer her own review. If not, it’s always open for the next reader.
*kex: crackers
(Post publishing edit:  I forgot to provide a link to Reffie's blog - it's there now (sorry Reffie!))
Posted by 00dozo at 12:18 PM

Labels: Stieg Larsson, The Bloggerhood of the Traveling book, The Girl Who Played With Fire